Chris represents governmental entities, corporate entities, and insurance companies and their insureds in litigated matters and also advises those entities how to avoid litigation.  His practice focuses on the defense of premises liability, governmental liability, motor vehicle, and other tort and commercial claims in Mississippi and Alabama.  Chris has tried numerous cases to successful jury verdicts in both states.  Chris also serves as general counsel for the City of Starkville, Mississippi and as corporate counsel to various businesses and individuals.  Before becoming a lawyer, Chris was a sportscaster for six years at WCBI-TV (CBS) in Columbus, Mississippi. 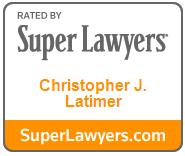